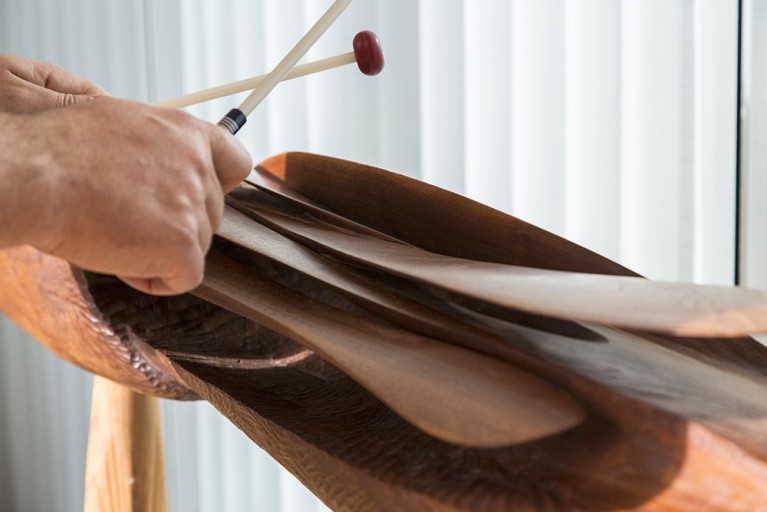 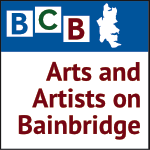 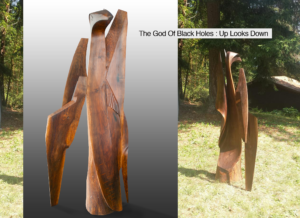 Listen here as Alan describes the process wherein he creates the large wood sculptures currently on exhibit at the museum. His solo show, on display in the Jon and Lillian Lovelace gallery on the Museum’s first floor, includes a variety of his recent abstract pieces. Especially notable is the nine foot “God of Black Holes:  Up Looks Down” in the main window of the museum. 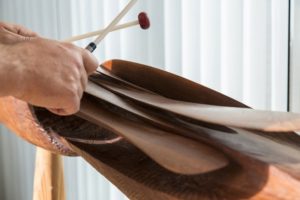 In this interview, Alan talks about his inspiration for that piece as well as many others, most of which have been carved from a single piece of wood.  Newberg, whose interest in wood began as a boy working in the family lumber mill, also tells us about his mentors: those artists who have inspired him over his long career.