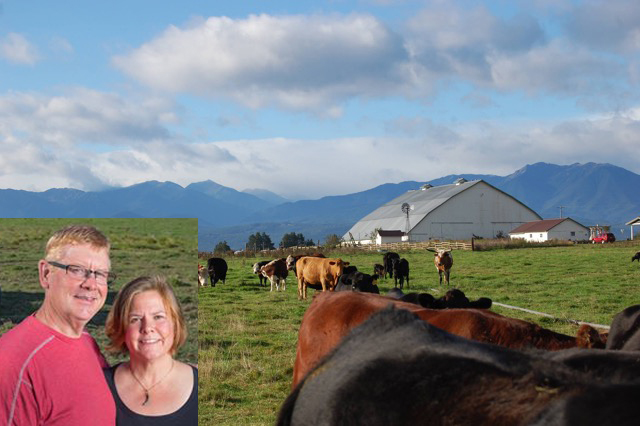 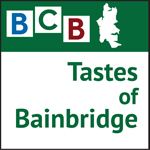 This week BCB’s Bob Ross welcomes Tom Clark, who along with his wife Holly owns and operates Clark Farms, purveyors of pork and beef at the Bainbridge Island Farmers Market.

Located just north of Sequim, Washington, Clark Farms dates back to the late 1800’s, and is the longest running family-owned farm in the state. What’s it like to carry on such a long-standing family tradition?

Tom, who has a degree in Animal Science/Meats from WSU, shares with us his stories about growing up on the family farm, and describes some of the other ventures he tried before returning to what was in his blood from the start. . . farming.

Speaking from his booth at the market (and occasionally shouting to be heard over the helicopter that was hovering nearby!), Tom also describes some of the challenges of farming, raising healthy livestock, arranging for processing, meeting safety standards, and making those trips to the various Farmers Markets each week.

And — if you’re a fan of Clark Farms meat, there’s good news: starting this week, Clark Farms beef and pork products are now being carried at Bay Hay and Feed.

For more about Tom and Holly and Clark Farms, visit their website at www.clarkfarms.weebly.com.