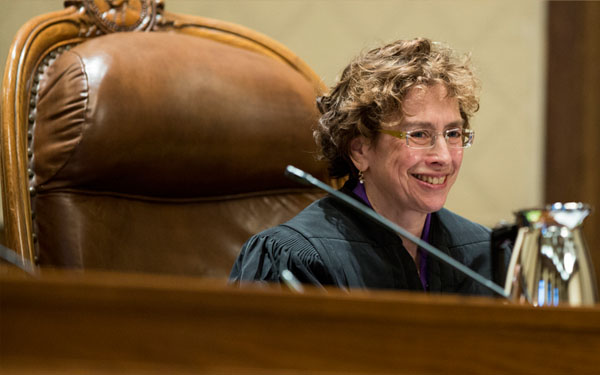 Having served as a criminal defense lawyer and an accomplished appellate lawyer, McCloud is the recipient of the Washington Association of Criminal Defense Lawyers’ highest award, the William O. Douglas Award, in recognition of her “extraordinary courage” in being willing to take on some of the toughest cases.

Besides making important decisions about cases, she also has opinions about our judicial system and the way people treat it. Listen as she expresses her thoughts regarding election of judges versus appointment, and the one thing she’d change about our legal system given the opportunity.