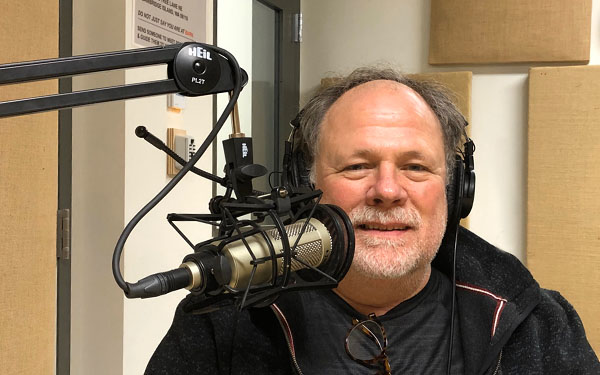 Bainbridge Islander Steve Stolee, founder and president of Island Theatre, has been named one of our newest Island Treasures.  As an actor, photographer, designer, director and videographer, Steve has been documenting Bainbridge Island, its stories, and its inhabitants for years. Listen here to find out what inspires him and how Island Theatre got its start.

Born in North Dakota, Steve spent his twenties in Alaska before coming to Bainbridge Island in 1979. Initially working in construction, his first appearance on the BPA stage was in 1981. Over time he was in a number of shows there, eventually serving on the board and getting involved with a number of intriguing projects before starting Island Theatre with Louise Mills.

In this podcast Steve talks with BCB host Diane Walker about his first camera, his first high school musical, how he got into video, and what it was like to find out, after years of filming interviews with Island Treasures, that he had finally been declared to be one.

For more about Steve and other Island Treasures, visit https://islandtreasureawards.org/.