Podcast: What’s Up Bainbridge:
Tom Challinor on the History of English

Why are “knight” and “night” pronounced as if they were spelled the same?  How did the English language take on the international prominence it has today?  Why is it the most widely used language on the Internet?

Former high school English teacher Tom Challinor will answer these and other questions as he shares his passion for the history of the English language at the Fields End Speaker Series, February 17 from 7 to 8:30 pm at the Bainbridge Public Library. 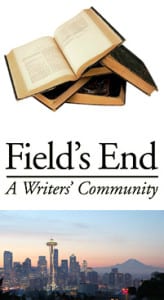 Challinor is currently the Director of Bainbridge Performing Arts’ Shakespeare Society, and his enthusiasm for and knowledge of the evolution of the English language informs not only his teaching, but also his acting and directing.

For his Fields End Lecture he will be explaining how the changes undergone by the English language up to Shakespearean times in the 16th century affect the way English is spoken and used today.

Admission to this and other Fields End Lectures in this series is free.  For more information, go to fieldsend.org.