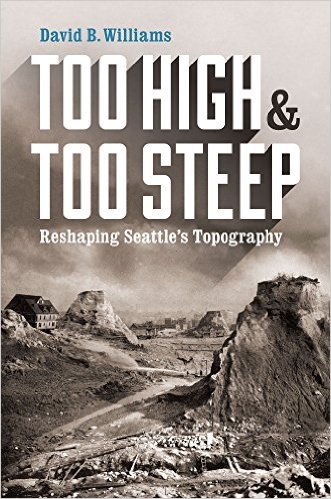 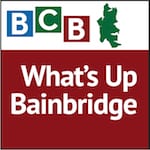 Ever wonder why there are parking lots in Seattle where the cars sit catawampus to each other (the ground underneath is a former tidal swamp), or why the train tracks make a broad sweep instead of going straight (the tracks were laid before the lowering of Lake Washington)? 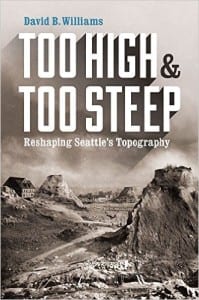 The answers are contained in author David Williams’ fascinating new book, Too High and Too Steep: reshaping Seattle’s Topography.  David was inspired to write this book out of his own curiosity about the many natural and unnatural features of Seattle’s topography.  His book encourages us to explore Seattle with more probing eyes and to learn how Seattle’s founders have helped to shape the city’s landscape.

At 3pm on November 15 at Eagle Harbor Books, David will show slides of many of the maps and photos in his book depicting how Seattle used to look prior to the major topographical reshaping of the city that occurred in the early years of its development.  He’ll also discuss the surprising engineering projects – both monumental and minuscule – that have shaped the Seattle we all know today.

Be sure to join David Williams at Eagle Harbor bookstore on Winslow Way on November 15th at 3 pm for a fascinating view into Seattle’s topographical history.