Podcast: What’s Up Bainbridge:
Picasso and Einstein will be on stage at BPA Oct 7th 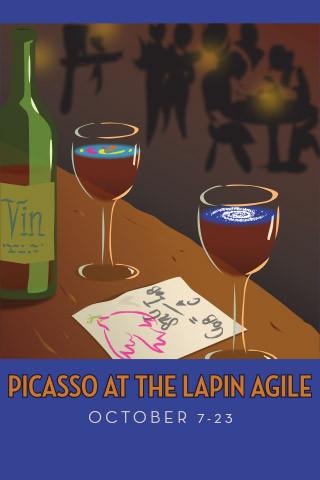 In this 10-minute podcast, we preview an upcoming play at Bainbridge Performing Arts (BPA) with director Teresa Thuman and actor Tim Takechi. The play, “Picasso at the Lapin Agile”, will be on stage at BPA from October 7th to 23rd. 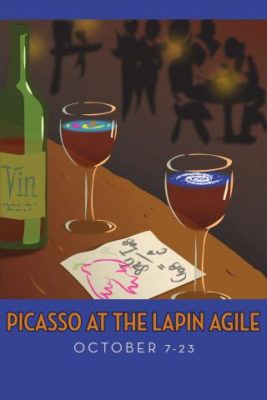 Tim (who will play Einstein) and Teresa tell BCB about this smart, sophisticated comedy where playwright Steve Martin imagines a young Picasso and young Einstein sparring about art and science in a Paris cafe in 1904.

As they describe it, Picasso and Einstein are joined by a small cast of eccentric and hilarious characters at the beginning of the 20th century before the world wars, the Industrial Revolution and momentous social change have had their massive effects on the world. Steve Martin’s comedic style is evident in the fast witty dialogue and humorous situations played out by a cast of 12 local actors from Bainbridge Island, Kitsap and Seattle.