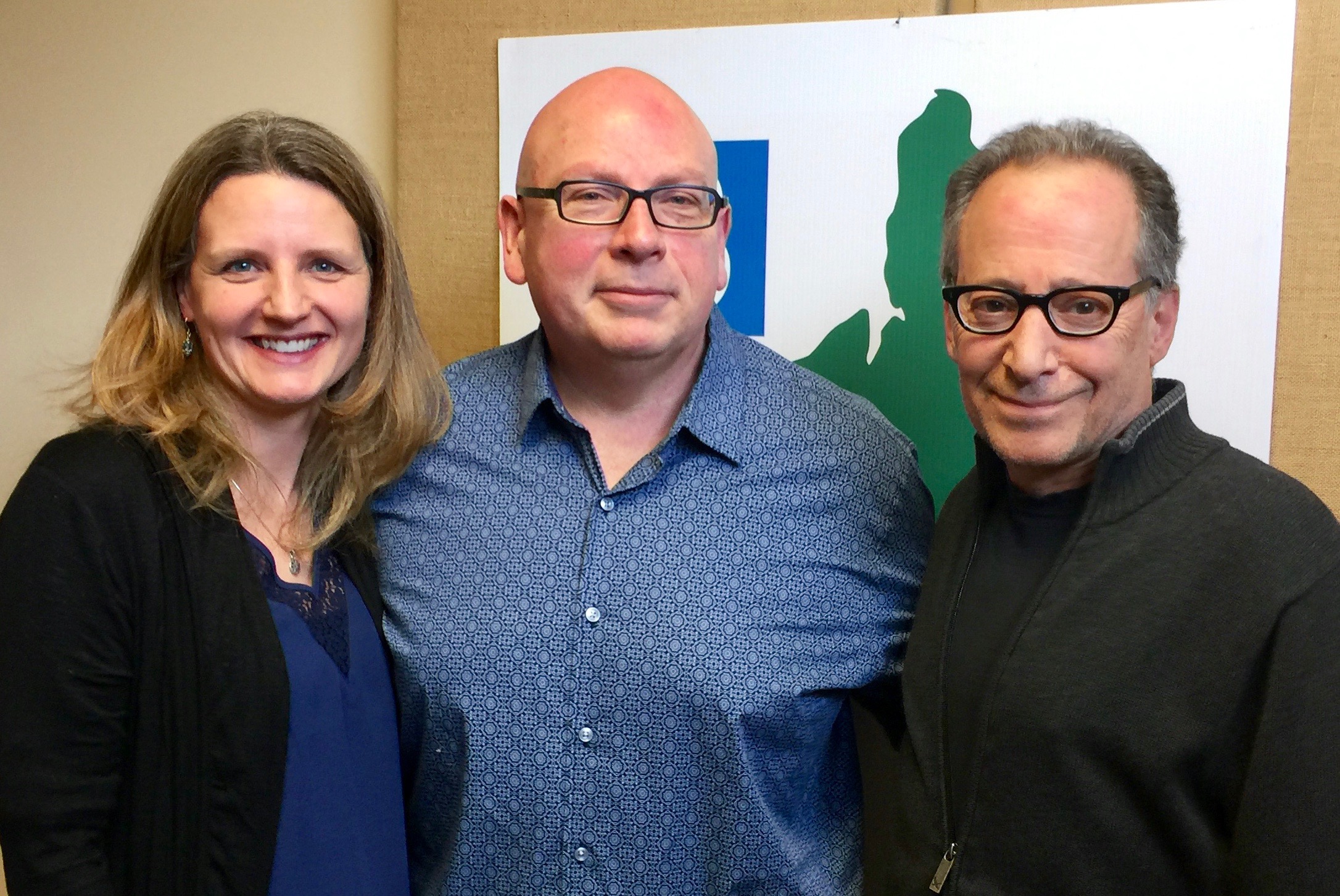 In this podcast, we learn about an upcoming musical called “The Crossing“, which will be on stage at the intimate 100-seat Jewel Box Theater in Poulsbo from March 17th through April 9th.

Recently-honored playwright Paul Lewis and leading actor Walt Brown share with us their experience of putting together a musical that is set in the 1930s, as Amelia Earhart prepared for her dangerous transatlantic solo flight attempt.

However, unlike most stories of Amelia, this one is told from the perspective of Ray Spencer, an aviation meteorologist haunted by a past tragedy, who is on the threshold of an elusive scientific breakthrough which he hopes will make long-distance flight safer. Ray Spencer is played by Walt Brown. 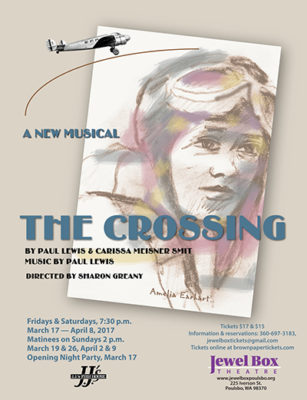 The focus is not only on Amelia in flight, but also on her support team on the ground, including husband George Putnam, her mechanic, and the meteorologist. It’s an interesting backstory of Amelia’s crossing of the Atlantic through the eyes of a reporter that documented the event.

As Paul and Walt explain to BCB host Christina Hulet, the musical speaks to what it means to be human, and how to grapple with our own doubts, fears and pain as we try to accomplish the extraordinary.

“The Crossing” is co-authored by Paul Lewis and Carissa Meisner Smit, with music by Paul Lewis. The musical had its initial run in Seattle last year, and is the winner of a Seattle Times 2016 Footlight Award for Promising New Work.

Paul himself is one of two winners of this year’s “Island Treasure” award for distinguished contributions to our community’s arts and humanities, which was presented to him at the Bainbridge Island Museum of Art in February 2017.

Tickets for “The Crossing” are available through the Jewel Box Theater’s website for evening performances from Friday March 17 through Saturday April 8 at 7:30pm, plus Sunday matinees at 2:00pm on March 19, March 26, April 2 and April 9.

Also, on Saturday April 1st, Paul Lewis will stay after the show to talk with the audience and answer questions they may have about the play.

The Jewel Box, with about 100 seats, provides an intimate community theater experience, and it won the Kitsap Sun’s 2009 award as Best Theater of the West Sound.