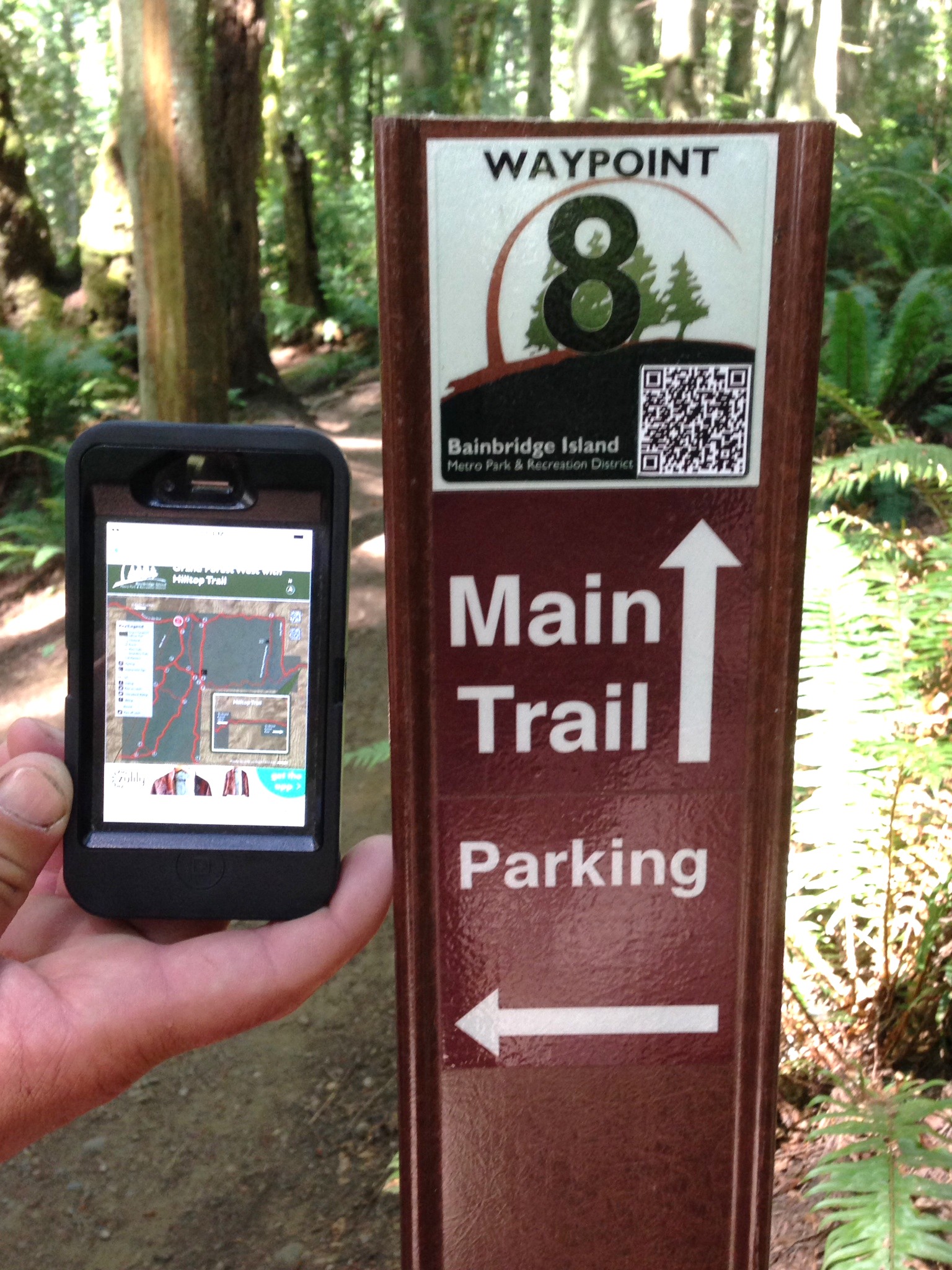 In this debut episode of “Bainbridge Outdoors,” BCB host Annie Osburn walks with Dan Hamlin, park services superintendent of the Bainbridge Island Metro Park & Recreation District, through the heart of the Grand Forest.

They begin their adventure at the Miller Road trailhead in the Grand Forest West. Together, they wind their way along the main loop trail to waypoint 17, where they turn left and head toward east side creek and the Grand Forest bridge, which was refurbished in 2012.

Listen to the sounds of deep forest and the soft crunch under foot. They then cross the bridge, merge onto the Ron Williamson Trillium Trail and head up to the open meadow at Hilltop, which connects to the Hilltop Trail and the Grand Forest East.

Covering more than 200 acres, the Grand Forest is comprised of the Grand Forest North, East and West, with the east and west sides now joined at the Hilltop meadow—creating the first east-to-west trail connection across the island. And all of it is on public land or public easements.

The Grand Forest offers six miles of trails (three miles on the east side, and three on the west), which are open to walking, hiking, bicycling and horseback riding.

Hamlin notes that the creation of the Grand Forest trails strongly relies on the ongoing support of volunteers.

“These trails are here because of the many hours and dedicated passion that volunteers have offered on the island. When we build a trail, we don’t want anyone to know that it wasn’t there already. Later, when we walk away from the trail and somebody comes across it and says, ‘When did that happen?’, that’s exactly the way we want it.”

Whether you are a novice hiker to the Grand Forest or a regular visitor, there is always something new to experience. Recent enhancements to the Grand Forest mapping system include waypoint signs with QR codes that can be scanned with a smartphone to access a trail map along the way.

Correction:  During the recording of this episode, Dan Hamlin incorrectly stated that it’s possible to walk from the Veterane trail all the way to Manitou Beach. He meant to say the Fairy Dell trail. The Veterane trail is currently under construction.