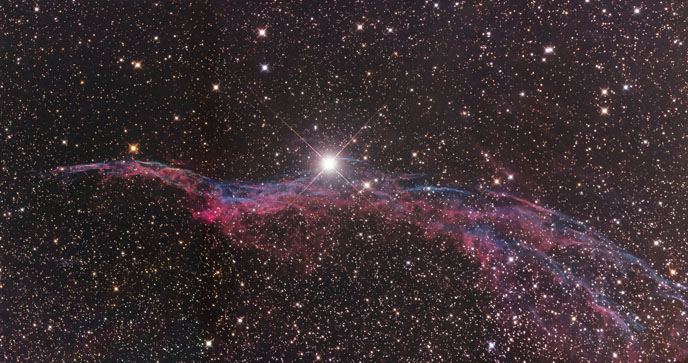 What IS Dark Matter, anyway?  Battle Point Astronomical Association president Steve Ruhl will be answering that question and more in his upcoming presentation on “Cosmology, Dark Matter & Dark Energy” for Open Mic Science Night at the Treehouse Cafe, Monday January 4, at 8:00 PM.

According to NASA, the definition of cosmology is “the scientific study of the large scale properties of the universe as a whole.” In his presentation Steve will talk about Cosmology and the new technologies that are allowing astronomers to study how galaxies interact, Dark Matter, and how the galaxies expand,  the mysterious phenomena called Dark Energy.

The pub at the Treehouse Café in Lynwood Center is the venue for monthly first Monday “Open Mic Science” conversations. The public is invited to grab a beverage and explore ideas in various aspects of science and technology in an informal, social setting. Inspired by Café Scientifique, the gatherings are committed to public understanding of science.

Steve, who has been hooked on Astronomy since he took  “Introduction to Astronomy” in his senior year(1974) at UCI has spent many years mastering astrophotography; photographing the celestial objects (planets, stars, nebulae, galaxies, etc.). He has worked as a Computational Physicist for NASA & DOD, predicting results of catastrophic phenomenon such as impact cratering, nuclear weapons effects, and high explosives, including field experiments for computational verification.