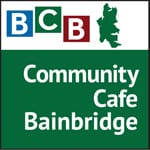 Yes! Magazine Editor at Large Sarah van Gelder recently hosted University of Montana Professor George Price on Bainbridge, and they sat down with BCB host Reed Price for a discussion about climate and culture.

Sarah not long ago took a road trip to investigate how the efforts at creating positive futures that her magazine reports on are playing out in the field. Sarah focused not on big urban areas or the coasts, but on what she called ‘the edges,’ less populated, more gritty and often-overlooked regions of the country. She called it the “Edge of Change Road Trip,” and you can investigate her blog on the journey here: https://edgeofchange.yesmagazine.org/

One of the people she met was George Price, who lives in Northwest Montana. In this podcast, they talk about the kind of change George and the people he lives with have been a part of, and how that relates to some of the other things that Sarah experienced during her four-month long journey. (Here’s a link to her post about George: https://edgeofchange.yesmagazine.org/2015/08/28/)

This discussion took reactions to climate change as a focus, with an interest in actions people are taking in response to climate change. The answer to that question is not straightforward; as Sarah notes, climate change is a big slow process that people have a hard time responding to directly. However, there’s plenty of evidence that things are changing in communities around corporate decision-making and economics that do affect the way people would like to see non-renewable resources like fossil fuels used.

This wide-ranging conversation looks at new ways people are organizing, and how the ‘edges’ might affect those more publicized parts of our culture.